All of Bill Ferguson Volleyball Videos, Drills and Articles

I am excited to add our newest volleyball coach this month (1/18/13) USC Men’s Head Volleyball Coach – Bill Ferguson. I have been friends with Bill for a number of years now, back to when I ran my own club of 8 teams and his volleyball coaching accomplishments are nothing short of incredible!

For information of USC Volleyball

For Volleyball Camps by Bill Ferguson 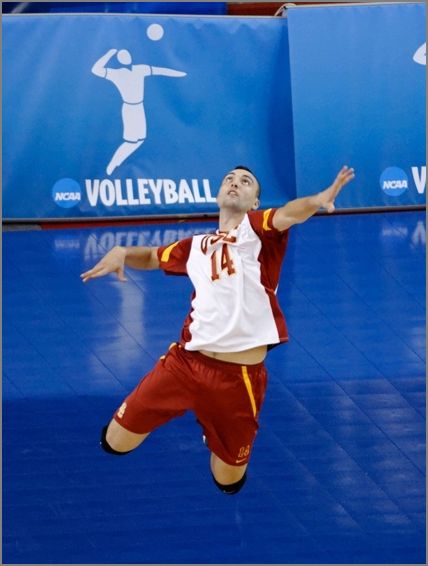 What makes this new series of videos special is Bill gave us an all day access pass to him coaching a morning Men’s USC practice followed by an evening SCVC Juniors practice. On top of this we spent several hours in his office and on the USC campus talking about the program, facilities, his coaching philosophy and more!

The content we shot is phenomenal and not just for the amount – 65 videos and almost 5 hours of recorded quality footage. In addition Bill and his incredible staff including Jeff Nygaard, Cam Green and John Xie are open to sharing their incredible knowledge with us and you here on Volleyball1on1.com

The content and footage highlight so many great things for coaches and players to learn. Including;

Part 1 – USC Practice, Conversations from the Office, Tour of the Facilities.

Conversations from the Office – Discussing the Setting Drill