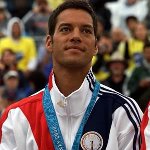 The Volleyball1on1.com site provides a unique, respected and influential voice in the larger conversation of volleyball as a sport by working with a variety of highly skilled and specialized top volleyball players, including Olympic Gold Medalists, NCAA MVP’s, AVP, and FIVB Winners as contributors to their extensive library of indoor and outdoor volleyball videos, utilizing content from multiple platforms.

Volleyball History – Today volleyball is the most participated sport in the world with over a 1 billion people playing weekly. Volleyball however was not always like this. Volleyball has a long and storied history. Find out more about its early beginnings when it was known as Mintonette and its founder William G Morgan.

Information Regarding the Rules Volleyball

There are a number of volleyball terms that are unique to the sport. Here are a few of our favorite. Click here to see our full list!

Bic – Low fast set out the back row. Lower pipe set. This set was first run indoor in college by Jeff Nygaard, Stein Metzger and John Speraw. Click on Bic to see instructions on how to run this effectively as well as hear the story of how Jeff and Stein came up with the name while playing at UCLA where they were the first to run the set in NCAA College Indoor.

DINK – A legal push of the ball around or over blockers. 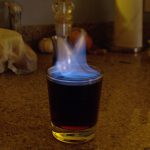 FLAMING MOE – An alcoholic beverage consumed on the South African Pro beach volleyball tour. It is Black Sambuka which you put in your mouth and light on fire, this produces a blue flame much like the episode of the Simpsons.

Nail – Perfect pass in volleyball for the setter.

PANCAKE – A one-handed defensive technique where the hand is extended and the palm is slid along the floor as the player dives or extension rolls, and timed so that the ball bounces off the back of the hand.

SIX PACK – Occurs when a blocker gets hit in the head or face by a spiked ball.

SOUP – The South African Version of the six pack where you get hit in the face by a spiked ball, but everyone on the opposing team screams Soooooouuuuupppppppp!

We offer incredible coaching resources by the best players and coaches in the world for in person volleyball coaching. This includes:

This page is dedicated to interesting facts about volleyball and sport of volleyball.