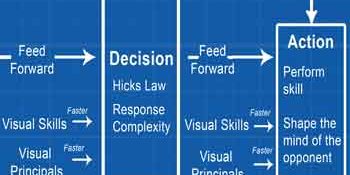 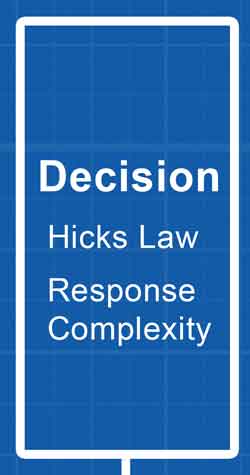 Response Complexity – People organize movements in advance. If the action or skill is more complex, reaction time increases as more time is required to organize the system for movement initiation.

While doing simple reaction time test, they told each subject to place their finger next to a switch and when they hear a certain sound, they are to flip the switch. After each subject’s time was registered and recorded they used the same group and did the same test but added another task to do after flipping the switch. The subjects were told to flip a second switch after completing the second task. In both tests, the only time recorded was the time it took to push the first button and Henry and Rogers found that the added stress of having a more complex task to perform caused each subject’s reaction time to increase by an average of 31%.

The Theory: People organize movements in advance. If the action or performance of the volleyball skill is more complex, reaction time increases as more time is required to organize the system for movement initiation.

Let’s compare two scenarios with the same defense and offense on the beach:
The offense is hitting a line, the defenders are blocking line with his off the net partner defending the angle.

Scenario 1: The defender in the angle is stopped and waiting in the angle. They have organized their movements in advance for a hard angle hit or a line shot.

Because the response complexity has increased, the player has to move into the angle position from the middle, the reaction time for a defender in situation 2 is likely to be significantly slower than that of the player in situation 1.

Yet most coaches and players are so focused on getting to the correct place on the court that they often miss the easiest shots on defense.

I have heard this also applying to indoor in a similar manor.

Old way for coaching defense: “Get to your position on defense and then try get it up.” Today the better higher level coaches teach: “Get stopped on defense and try and get the ball up.”

From a response complexity standpoint this makes more sense as the action of getting the ball up is less complex thus the reaction time has increased which is often the most important thing when digging a ball on defense!

So in review:
Volleyball players organize their movement patterns when performing a volleyball skill in advance. As the action or skill gets more complex so the reaction time increases as more time is required to organize the system for movement initiation.

The ideas expressed in this article are part of Andor Gyulai – OODA Loop Volleyball Coaching Blueprint. Click the link for more articles and videos in the series.