In video 1 I explain the importance of position, approach and body weight when spiking. Spiking a volleyball in position four is one of the most difficult positions from which to hit because often you have to pass the volleyball and then go in to spike. One mistake I regularly see as a result of passing the ball is that players do not have their body weight behind the volleyball so they have more power for hitting as well as a better selection of hits. Rather their weight and approach move towards the antenna with the result that they are moving away from the largest part of the court, not towards it.

Where possible always try and direct your momentum, either with your approach or with your body weight, so that you go into the largest part of the court. Worst case at least be heading straight and down the line to spike.

Opening to the Ball for Transition

What this also allows you to do is get a better look at what is going on at the volleyball net and what the opposition is doing with their block to stop your hit.

The key thing to remember on how to spike a volleyball in transition from the left side is that the further the ball is off the volleyball net for the set, the further you want to go outside the court and open up. 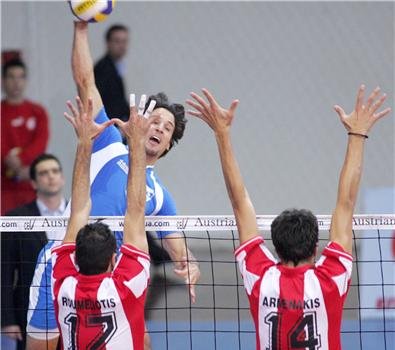 Outside Hitter or Left Side Spiker

In video 3, I discuss the shots you should have as a left side player.

Things to consider include:

For me, when hitting the line shot I prefer the shoulder turn so that I can put some top spin on the volleyball to force the ball down in front of the defender. Now obviously you have more power when you turn your torso but for me I like to have my power directed at the larger part of the court.

Tips and Dink Shots Often Used on a Bad Set

In video 4, I include some of my favorite tips and dink shots when performing spiking from the left side.

In video 5, I show you how to use the block. It is important to understand that in some situations your chances of scoring a point are very low. Lets say twenty five percent and there is little you can do about it. This includes transition spiking on bad sets. What you have to do in these situations is learn how to tool the block.

Important tips for left side hitters on using the block include:

Vision and the Opponents Middles Blocker

In video 6 I am going to explain how knowing what your opponents middle blocker is doing is one of the most important elements to be a successful volleyball spiker. Every time you go up to spike you must know what they are doing as this will often dictate your shot selection. For example if the middle is committing with your middle or if they are focused on your opposite hitter then this creates a lot of open space down the middle.

Also if the middle is late closing the block often they close the low seem and that means the high corner is open.

Now at other times the blockers may be waiting and you may have three blockers up, now you should consider the high line or high corner. 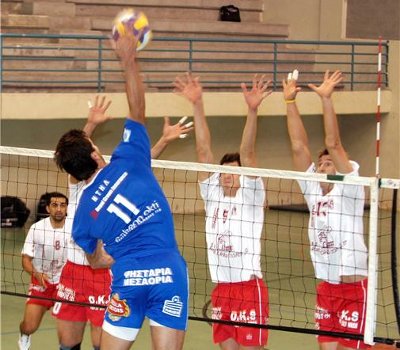 You can get all my videos plus other videos on spiking at this link volleyball spike and hitting videos.