You are here:
Volleyball GeneralVolleyball History

In 1964 Olympic Volleyball is introduced at the Tokyo Olympics, 71 years after it was invented by William G Morgan in Holyoke, Mass. In the Men’s contest, Russia won gold with Czechoslovakia taking Silver and Japan taking Bronze.  10 Men’s teams were invited to compete. In the women’s contest only 6 teams were granted entrance with Japan winning gold and The Soviet Union receiving silver and Poland bronze.  The United States Men’s team finished with a record of 2-7 in pool play while the USA Women’s team was 4-1 in pool play.

The introduction of the sport was the result of hard work by the FIVB (Federation Internationale de Volleyball) which was founded in 1947 in Paris France. The organization originally consisted of 14 countries including USA, France, Netherlands, Hungary, Belgium, Brazil, Czechoslovakia, Egypt, Italy, Poland, Portugal, Romania, Uruguay, and Yugoslavia.

In 1968 Olympic Volleyball, indoor was held in Mexico City from 12-27th of October. Again the top teams were similar to 1964 just they switched positions. In the men’s contest the Soviet Union won gold again with Japan taking silver and Czechoslovakia taking bronze.   On the women’s side the results were as follows, Soviet Union, followed by Japan and then Poland. Again the United States finished poorly; the only success was in the first round when the US Men’s surprised Russia by beating them in pool play. One notable was Butch May, farther to Misty May competed on the Men’s team.

Olympic Volleyball in the 70’s

In 1972, Indoor Olympic Volleyball was held in Munich, Germany. On the women’s side, the USSR won gold, with Japan winning Silver and North Korea winning Bronze. On the Men’s indoor volleyball side, Japan won gold with East Germany taking silver and the Soviet Union taking bronze. The United States did not qualify on either the men’s side or the women’s side.

In 1976, the Olympics were held in Montreal Canada. Japan won Gold on the women’s side with the Soviet Union winning silver and South Korea winning bronze. For the men Poland won gold, Soviet Union won silver and Cuba won gold. Again USA men and women did not qualify.

In 1980 the Olympics were held in Moscow, Russia. The Soviet Union won gold for both women and men’s volleyball indoor. East Germany won silver in the women’s competition with Bulgaria winning bronze. For the men Bulgaria won silver and Romania won bronze. With the United States Boycott of the Olympics neither the USA men’s or women’s team competed.

In 1984 the Olympic games are held in Los Angeles, USA. The favorites the Soviet Union boycott opening a path for the rest of the world to win. The United States jumps on this opportunity and with its new coach and new squad took advantage. The United States won gold in the men’s competition and silver in the women’s competition. China won gold on the women’s side and Japan bronze with Brazil taking silver on the men’s side and Italy bronze.

There were some noticeable changes that help secure United States success. This included a new class of players on the men’s side graduating from NCAA College Volleyball at programs like UCLA and USC. Representing the United States was arguably the best player in the world at the time Karch Kiraly. With his addition to the squad coach Doug Beal introduced a new system for passing and running the offense called the swing hitter system. It basically meant that you could have two passers and the passers would swing outside and hit a outside set after passing. This system has its roots in California beach volleyball where players were doing similar stuff playing beach volleyball. Other notable on the USA men’s team were Steve Timmons from USC, Pat Powers from USC and Dusty Dvorak from USC.

In the women’s competition two future hall of famers Lang Ping and Flo Hyman fought with the Chinese the eventual winners. Future Volleyball Hall of Famer Arie Selinger was the coach.

In 1988 the Olympics took place in Seoul, Korea. With both the United States and the Soviet Union the competing competition was fierce. On the women’s the Soviet Union took gold, Peru silver and China Bronze. On the men’s side the United States took gold over the Soviet Union in a battle that extend far beyond the volleyball court with Argentina winning bronze. The USA team consisted of many volleyball legends including returners Karch Kiraly and Steve Timmons. Impact players and new comers included Eric Sato, Scott Fortune, and Doug Parties. Following the Olympics Karch and Steve went on to play in Italy and sign the biggest contract in volleyball up till this stage each earning a million dollars to play club volleyball.

Olympic Volleyball in 1992 took place in Barcelona, Spain. On the women’s side Cuba won, followed by the Unified Team. The United States took bronze on both the women’s and men’s side with Brazil winning and the Netherlands taking silver. This was an important changing of the guard with Brazil today being a perennial power house for both Olympic Indoor and Beach volleyball. The United States Men’s squad consisted of many Olympic Volleyball favorites however they could not deliver when it mattered most. 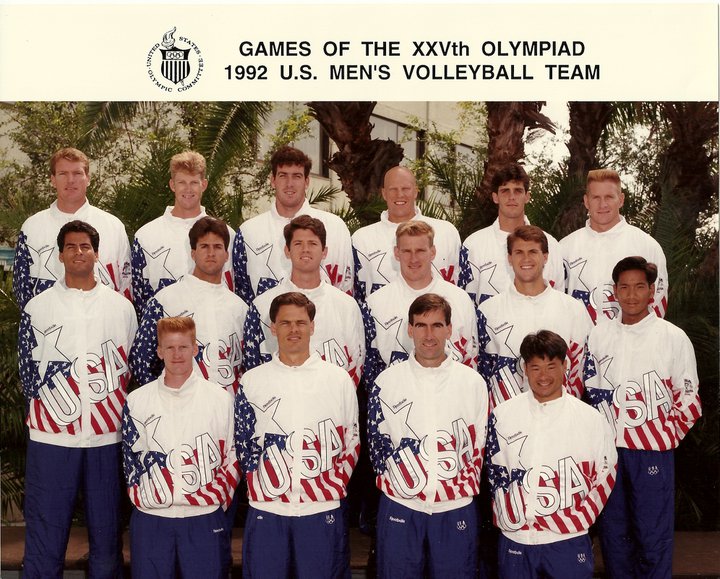