Flo Hyman used to be self-conscious about her height. Standing 6 feet tall before she was even a teenager, Hyman did everything in her power to shrink.

And yet, more than half a century later, her name still towers in the world of volleyball.

A three-time All-American and 1984 silver medalist, Hyman was named by Sports Illustrated as one of the greatest female athletes of the century. After an abrupt death at the hands of Marfan Syndrome, Hyman has since been enshrined in the Volleyball Hall of Fame.

Her inscription goes as thus: “It is impossible to quantify the impact Flo Hyman had on the sport of volleyball with just words. She was the most famous volleyball player of the time, not just here in the United States, but also worldwide.” 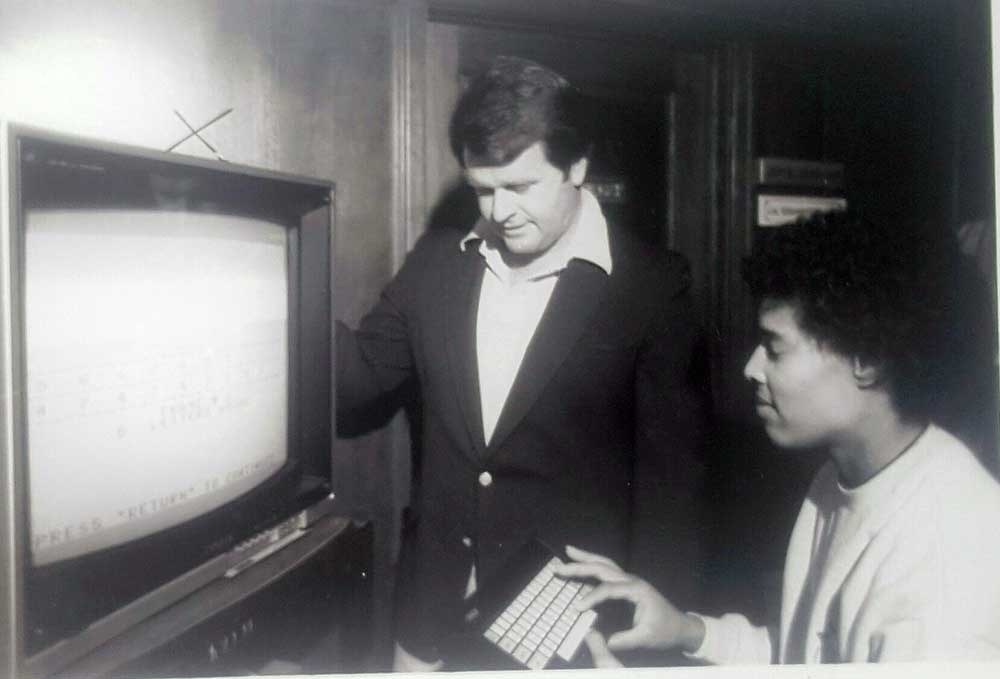 It has been some time since Hyman was dominating on the volleyball court. But one of the major, little known components of her success remains: Dr. Bill Harrison.

His prolific success with athletes stems from his work in designing and developing a complete training program for the U.S. Olympic Training Centers and the Australian Institute of Sport. He is considered by many to possess one of the finest minds for sports enhancement, as countless world-class athletes go to Harrison in preparation for international competition.

When Harrison and Hyman began working together, they began with the eyes. Vision, he explained, is one of the key concepts athletes need to master. And so began a long-lasting friendship, with Harrison training Hyman in the art of vision, which was the platform upon which she launched her career to becoming the best player in the world at the time.

U.S. Coach Ari Selinger said, “Flo was always a very good player. After getting Dr. Harrison’s training she became number one in the world.”

Harrison now says, “Flo was one of the humblest athlete I have ever worked with. It was as if she had no idea how good she was. She was wanted to learn every way she could to get better so she could help her team.”

In this article, I am going to share many of the key points that Harrison recently shared with me:

Each of these points has enough information to be an article in itself, and over the next few weeks, I will be sharing these ideas in this newsletter and on my website, Volleyball1on1.com. 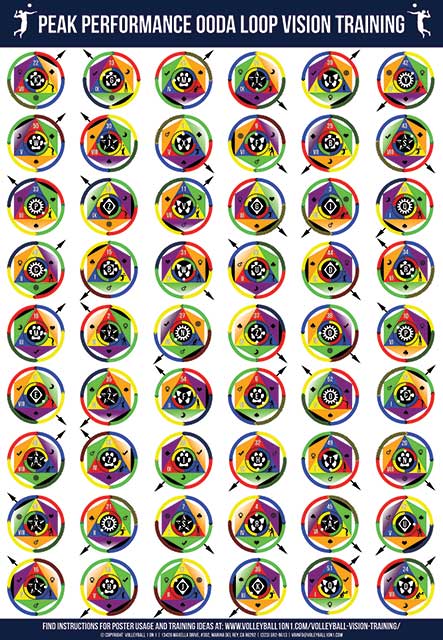 I am excited to share we have created the Peak Performance OODA Loop Vision Training Poster to help athletes not only improve their ability to “read the game,” they will also learn how to “slow down the ball,” “slow down the game,” and “deal with pressure.” This information works for both indoor and beach volleyball across all skill levels and ages.

The training exercises are broken down into 5 levels as players learn to more effectively move through the OODA Loop while training the 6 muscles that control the eyes.

Level 1 – Involves players “Observing” and “Orientating” information on one or more posters while being static, meaning not moving. (See Training Videos)

Level 2 – Involves players “Observing” and “Orientating” information on one or more posters while being in motion, meaning moving. (See Training Videos)

Level 3 – Involves players “Observing,” “Orientating,” “Deciding” and “Acting” information on one or more posters. Athletes move through all 4 stages of the OODA Loop and need to form “Decisions” and take “Actions” based upon what they “Observed” and the meaning or how they “Orientated” what they observed. (See Training Videos)

Level 4 – Builds on Level 3 meaning players do all 4 stages in level 3 but now also have to track a ball or object that is tossed to them while performing the exercises in Level 3. (See Training Videos)

Level 5 – Build on Level 3 and 4 and includes all parts of 3 and 4, however now players need to also avoid distractions that can include visual, mental, verbal, and other distractions. (See Training Videos)

These posters can be used by elite athletes to help them:

(If you are unfamiliar – Read more on the OODA Loop here).

For those who are interested in the topic or would like to learn more about how to use vision as a tool for athletic success, Andor Gyulai and his staff teach a vision clinic at all summer camps as a bonus. Additionally, camps include content on: