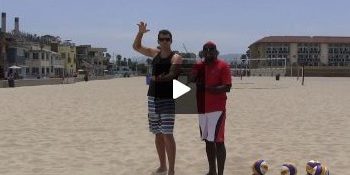 The overhand volleyball serve is a fundamental skill in volleyball, every good volleyball player knows how to perform one back and forth. Today I’m going to talk about this crucial serve and how best to learn and coach it.

Hi Everyone, my name is Steve Anderson and I’m an Olympic gold medal winning volleyball coach. I coached the woman’s Australian Olympic volleyball team to victory in Sydney Australia in 2000, and I also won a bronze medal in 1996 in Atlanta. I didn’t even pick up a volleyball until I was 21 and was off and running.

Like all good volleyball players…I began with the basics. Today I’m going over the overhand volleyball serve.

To see more instructional coaching videos on the volleyball serve click the link.

I know…I know, it sounds a lot more complicated than it is. But if you know the physics and the mechanics behind the serve, then it will greatly assist you when it comes time to use it on the court.

The overhand serve is just that…an overhand arm swing into the plane that you create by tossing the ball up and then coming into it and pushing it over the net. Unlike the arm swing that you use for a spike, you are not coming down on top of the ball trying to hit the ball down, quite different in fact. As you see I cover a lot of topics in a short period of time. 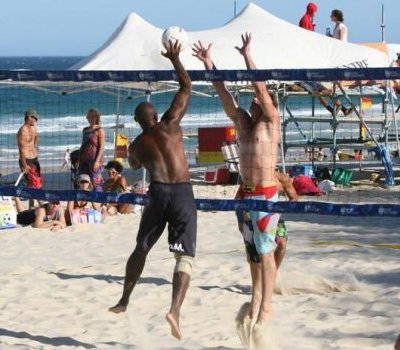