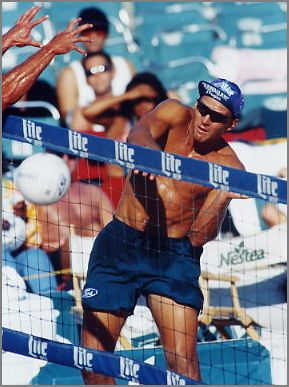 If you had to ask any volleyball fan who is the greatest male player to ever play the game most would say Karch Kiraly. I would argue that he was the best indoor and outdoor player to play the game but Kent Steffes was the greatest player to play beach Volleyball period. For me the comparison is simple, if you were a betting man would you take Mike Tyson at his best or would you take Muhammad Ali at his best. I would take the 20 year old “Iron Man,” “Baddest Man on the Planet,” Mike Tyson.

Lets look at Mike Record: The youngest heavyweight titles holder at 20 years, 4 months, and 22 days old. Tyson won his first 19 professional bouts by knockout, 12 of them in the first round. Now lets look at Kent Steffes record and compare it to any beach volleyball player male player in the history of the sport. 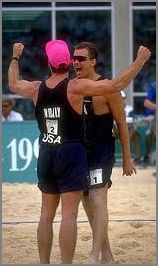 I have added some video from perhaps one of the best and most anticipated volleyball games in the history of the sport of volleyball. In the game you have Karch and Kent verse Sinjin and Carl at the Olympics in Atlanta. Sinjin and Carl have multiple match points and it is obvious from watching the game they are going after Karch. Kent literally save the match for them and gets them into the finals!
Andor Gyulai – “I asked Sinjin and he said Kent save them on a straight down block that was insane for match point!”

There are numerous examples in this match but the ace to give them match point, wow!

For those of you that still want to argue with me, maybe we can agree, Karch and Kent Steffes, the greatest team ever!

Kent Steffes in the Greatest Match in Olympic Volleyball History