How To OODA Loop Your Opponent Using Hicks Law (Article 6) 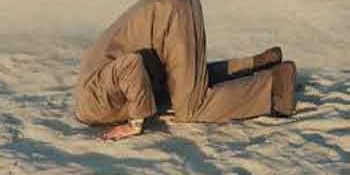 I would like to share an easy to use and easy understand example of how to OODA Loop your opponent using Hick’s law. This example was used on me initially quite effectively by my good friend Colin Pockock (Age 44) in South Africa who is a former beach volleyball Olympian who took a 9th at the 2004 Olympics. 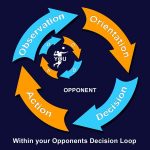 As I shared in my post: How To OODA Loop Your Opponent, Getting inside your opponents loop (OODA Looping Your Opponent) means that you complete your loop processing quicker than they do. Another way to think about operating inside the OODA loop is that we change the situation (Shape the mind of the opponent) more rapidly than the opponent can comprehend.

Now if this is done successfully using our understanding of Hick’s Law, you would increase your opponent’s number of choices thus overwhelming his ability to make a decision in the time needed to perform the skill.

How Colin would do this to me was during blocking on defense – In situations where I took a long look at the opponent’s (His) defense during the last step of my approach Colin would perform a late pull line.

For Example: I would look down and see the defense set up on the last step of my approach, Colin positioned for a line block, his partner in the angle / seam area. I would Observe, Orientate and start to Decide on where to attack the ball, my obvious choices being, line shot, hard angle hit or cut shot.

Now at this stage Colin would reshape the mind of the opponent / OODA Loop me by doing a late pull on a fair to ok set. This would force me to:
1) Re Observe
2) Re Orientate
3) Re Decide.

Because the pull was late I was left often with more choices, previous choices of line shot, hard angle, cut shot while also being offered new choices hard line and hard seam. Initially and this took me weeks to get past I would often times get overwhelmed by the choices plus be stuck in the:
OO-OO or Observe Orientate – Observe Orientate, part of my loop.

The result that I would often hit the ball into the net aiming for the hard middle seam hit on a pull. 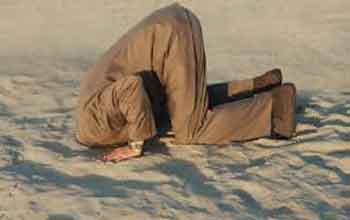 How I felt after hitting the ball into the net on good set with no block!

It is easy to understanding why I messed if you grasp the OODA Loop and Hick’s Law.

I just turn 39 this week and like Colonel John Boyd I believed: “That when at a physical disadvantage a competent player can still overcome that disadvantage by “Attacking the Mind” of his opponent using the OODA Loop!” Over the next few weeks I will share more scientific principals plus exciting new insights from my OODA and AVCEX Loop Modern Volleyball Coaching Blueprint.

After 23 years of coaching / playing I truly believe this will help you win more games as a player or coach. Additionally my blueprint will give you a better foundation for understanding or coaching the game of volleyball.

I will be teaching in-person these new “Reading the Game” concepts plus my Modern Coaching Blueprint Concepts at our TRAVEL TO YOU Volleyball1on1 Summer 2015 camps. These camps are designed for high schools and clubs If you are interested in finding out more about my Volleyball1on1 Summer Camps, go here to get more information.
Share this post
Share on FacebookShare on Facebook TweetShare on Twitter Pin itShare on Pinterest Share on LinkedInShare on LinkedIn