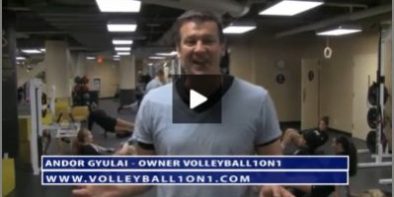 In mid February of 2013 we were able to get a quick shoot in with Brian Gimmillaro, arguably one of the greatest Indoor College Volleyball Coaches ever, coach to Misty May-Trennor, Danielle Scott-Aruda, and Tara Cross-Battle. Three of the ten greatest female players in the history of the sport of volleyball.

This video includes a quick introduction to the 2 20 13 Volleyball Practice!