In mid February of 2013 we were able to get a quick shoot in with Brian Gimmillaro. Here are quick links to all the videos! (Over 2 hours of additional content!) This content is free to all people who also purchase the DVD series! 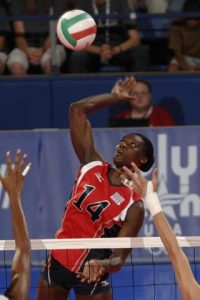 [quote]”I played for many good coaches and I have to say that Brian is one of the greatest. He has a gift of not only breaking down each skill, but teaching it in a way that each player can understand and do it. Brian definitely helped in my becoming the volleyball player and person I am today!”[/quote]

Arguably one of the greatest indoor players to play the game. As a middle hitter and blocker she just flat out dominated! 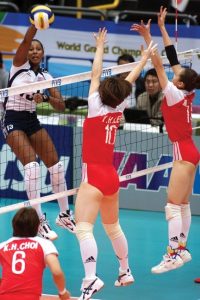 [quote]”Brian is probably one of the best volleyball coaches, if not the best coach I ever had. Brian has so much knowledge of tis game. He knows how to teach each skill and how to “play” the game, no matter what age / level of the player. There is som much to this game and Brian knows how to get you to play your best. I can honestly say that Brian taught me how to truly play this game and probably dosen’t even know it, but has taught me how to coach too!” [/quote]

Ranked as one of the Top US Volleyball Players of all Time.

– “Most Valuable Player” and “Best Scorer” at the FIVB World Grand Prix 1995.