William G Morgan Impact on Sports Through the Creation of Volleyball 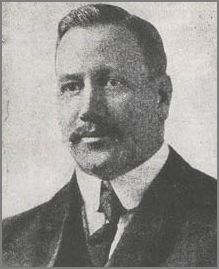 William G Morgan was the inventor of volleyball in 1895 in Springfield Massachusetts. At the time he was the YMCA Physical Education Director and was intrigued by the sport of basketball which was invented less than 10 miles away and less than 4 year earlier.

As the YMCA Physical Education Director it was his responsibility to create activities for participants. His concern with basketball however was the physical nature of the game and he felt that it was not as appropriate for elder players or women. So with this demographic in mind William created Mintonette and this was the start of volleyball history. Mintonette was a combination of baseball, basketball handball and tennis.

William G Morgan describe the game as follows: “Mintonette play involves keeping a ball in motion from side to side over a high net with any number of person being able to participate on each side. The game is initiated by a person on one side hitting the ball over the net to the opponent’s side. The opponent must not allow the ball too hit the floor and goal is to return the ball over the net. This way the ball goes back and forth until the ball is hit out or lands on the opponents side of the floor. ”

Initially the game consisted of 9 innings much like baseball but this rule was obviously changed over time.

The name volley ball (Two Words) was adopted in 1896 when a spectator Alfred Halstead observed the volleying nature at the exhibition match at the local YMCA  and suggested the name change to William G Morgan. In 1952 the name was changed to one word namely Volleyball!

William G Morgan inducted to the Volleyball Hall Of Fame

In 1900 William G Morgan left the YMCA to pursue various business careers. He died on December 27,1942. In 1985 the Volleyball Hall Of Fame made him their inaugural member with the opening of the hall. Doug Beal the 1984 Olympic Gold Medal Head Coach was the keynote speaker. The Volleyball Hall of Fame was established by the Greater Holyoke Chamber of Commerce. The process started in 1971 and in 1978 added a nonprofit for the purpose of planning and funding.

At the Olympics in Atlanta in the inaugural Beach Volleyball event it is estimated that 1 Billion People watch Beach Volleyball. At the 2008 Olympics in Beijing the Women’s Beach Volleyball Finals were the most watched event globally as well as with the highest viewership in the United States. The sport has come along way since William G Morgan first envisioned it in 1895.  It is said to be most played sport in the world with the largest active federation of participants in the world.

William G Morgan and the History of Beach Volleyball

Beach Volleyball started in Santa Monica in about 1920 when the city expanded the beach by adding piers and jetties. It was not long before courts were sprouting up all over the place with the game being played in the traditional six-on-six format. One day while waiting for other to arrive “Pablo” suggested the player play two-on-two instead. This took off and it was not long before tw0-on-two became the main form of competition on the beach. In 1965 the CBVA (California Beach Volleyball Association) was formed and in 1975 the first corporations started sponsoring events. By the mid 1980’s we had a tour competing in the United States with prizes and in 1996 Beach Volleyball was introduced at the Olympics in Atlanta. Since then it has grown to one of the most popular sports at the Olympics and it is estimated to have over 7 million participants in the United States. Thanks William G Morgan for inventing the sport so many of us love!