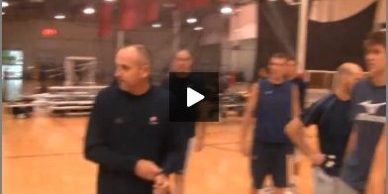 Practice for World Cup 2011
This series of videos include, a quick running lines warm up, a blocking trips drill and finally a 3 team wave drill. This is the first time in the practice where the players are competing and scoring in the practice. The intensity picks up significantly and now you see the fire that comes with these incredible athletes competing.

Waves to 25 Video I – running lines in preparation

Waves to 25 Video IV – different views as the drill progresses

Waves to 25 Video V – more angles as intensity picks up