Meet Andor Gyulai, Uni High Coaches and Find Out About the Players 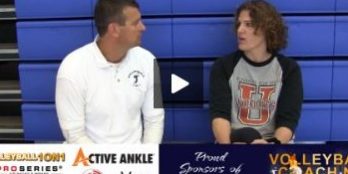 This series of 3 videos is a must watch and introduces Andor Gyulai, the Uni High coaching staff and also gives you some information about the players.

Volleyball1on1 Founder and Owner. Andor won an NCAA Championship UCLA, and has been invited to play beach and indoor for South Africa! Andor has been coaching volleyball since 16 when he was the head coach of his high school his junior and senior year. (Went undefeated and won league with Andor as coach and captain his senior year.) Andor has coached volleyball for over 20 years at all levels and while still in college ran his own club coaching 10 teams that session. Additionally Andor has worked with and filmed over 2000 instructional coaching videos, drills and volleyball practices (Volleyball1on1.com) with some of the greatest players and coaches to ever be involved with the game. Andor is currently training to play for South Africa in the Olympics in Brazil.

What makes Andor different than any coaches we know of, is that he reached 10,000 hours as a coach before the age of 23 and while still playing D1 College volleyball at UCLA. Add to this his exposure running and filming all the videos for Volleyball1on1.com means he offers a different and unique voice when it comes to coaching volleyball.