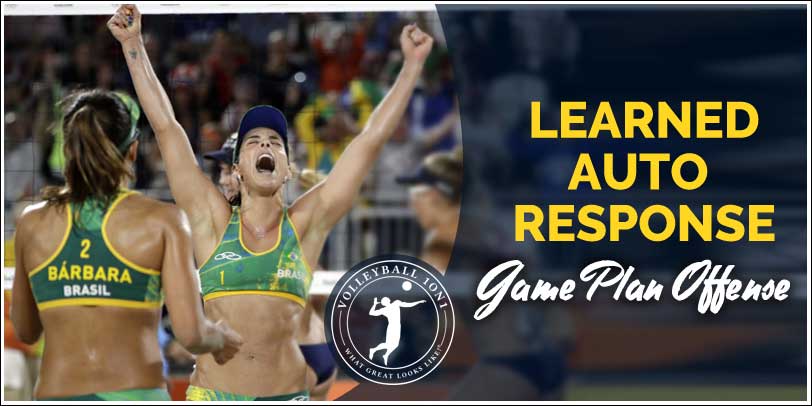 This article and video series reviews how beach volleyball players who develop a “Game Plan Offense” can takes advantage of “Learned Automatic Response” and “Implicit Guidance” to beat opponents and overcome physical disadvantages on the court. The tactic I will discuss were used quite successfully in the 2016 Olympics to defeat Kerri Walsh Jennings and April Ross.

This Olympic win is testament in my opinion on how smaller less athletic teams can follow similar tactics to beat taller, stronger and more athletic teams. I see this becoming the standard for beach volleyball coaching in the near future.

Importantly similar tactics can also be used for indoor volleyball and these tactics are already being taught at out Volleyball1on1 camps and clinics.

In war if you are fighting a stronger opponent you will never attack them head on. Rather you will choose your battle field and attack where they are weakest, not ready, and need to react to your attack vs. being prepared for the attack. Yet in beach volleyball most teams on offense do not consider this and attack their opponent in a straight line where the opponent is waiting and prepared.

Just like war the team on offense can often choose and control the battle field or attack location.

If the serve receive offense team controls the pass they control the offense and where they attack along the net. The first point of attack I am going to review in this post and the area I think the most effective when in system is the middle middle location with a back set.

Important notes related to and understanding our Volleyball1on1 Coaching Language and Culture can be found below. Terms like “middle middle” and “white set” are explained as well as points related to the OODA Loop.

The “White” set is a back set, where the passer passes forward, in front of their inside leg and runs an attack on a back set, through the middle middle location.  This attack along the net and set offers many advantages in our opinion over a regular up and down set outside front or outside middle. 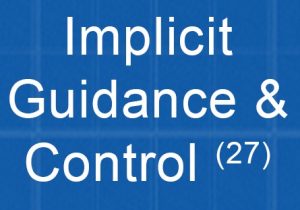 The ability to bypass the decision-making process by already knowing what action to take can help players significantly increase their speed in the OODA Loop. Boyd called the process of bypassing steps of the OODA loop “implicit guidance and control.”

Implicit guidance and control is an unconscious pre-planned physical response to a known stimulus, which is often referred to by psychologists as a “learned automatic response.”

“Learned automatic response” has been successfully applied in many other sports but has gone unsuccessfully trained in United States Volleyball because of the prevalent culture and coaching philosophy of: “The game teaches the game.”

This in my opinion has resulted in less controlled practice where coaches teach pre-planned physical response to a known stimulus or “learned automatic response.”

Although volleyball is chaotic in nature where only the serve players have 100% control of, most plays start with a pass or a dig where players can exert control and set up “known stimuli.”

For example in beach volleyball if you have a good pass in-front of you on the net, most teams will block and most often block line. This in my opinion is a “known relatively controllable stimuli.”

Once the team on offense creates “known relatively controllable stimuli,” this creates and opportunity for them to control their offense and set up a situation for “learned automatic response” on offense.

This is because peripheral vision pics up movement more successfully than stationary objects.

In most cases the defense will go to a line block on a white set. This leads to 3 main easy shots:

In the case where the defense blocks angle, this leads to allot of problems for the defense.

I have included some videos of this in action.

Implicit Guidance and the Players Thoughts:

Branden timing is too early and he gives it away to early at the moment. We are working on this and I will try post more videos as he gets better at it!

Play 1 – Line shot by lefty over the block

Play 2 – Hard line hit with the blocker blocking ball. Notice how easy it is to hit line unless the blocker commits to the line block because of how the set carries to the hitters hitting shoulder.

Play 4 – Easy cut shot when the blocker is line and the defender is middle. The ball traveling across the body onto the shoulder makes the cross-body cut shot very easy to hit.

Play 5 – Another hard line hit with the blocker blocking ball. Notice again how easy it is to hit line unless the blocker commits to the line because of how the set carries to the hitters hitting shoulder.

This is how the Brazilian’s could sideout so effectively on Kerri and April in the 2016 Olympics.

In review, setting up your offense and attacking where your opponent is weakest, not ready, and need to react to your attack vs. being prepared for the attack offers many advantages over attacking in a straight line. I believe as this is practiced and executed more this will become the norm and a new age of beach volleyball offense will be introduced.

If you are a beach club program or a high level professional team or an international team looking to add this to your program contact me here!

Indoor Volleyball Applications: The information I shared in this article can be applied successfully to indoor volleyball. This past season we had a number of high schools and clubs use this information and run new “Game Plan Offenses” based upon it. I will do my best to post some new content related to this in the next few weeks.