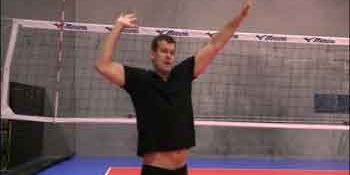 I recently hit over 2 million views for my videos on the subject of spiking on YouTube. Naturally I am always surprised and humbled because when I started Volleyball1on1 my goal was to just film the best players and coaches in the world and never did I think my videos would be some of the most popular.

Today I am going to share some of these video including some of my favorite that I think are really good but have not become popular. The videos cover some of the most popular points as it relates to hitting / spiking for beach and indoor volleyball plus it sets up a foundation for some of my new concepts that I am launching on volleyball coaching over the next few weeks that I think have the ability to change the way the game is taught.

Obviously, I know that is a big statement, but having spent 3 years developing my ideas and building on the concepts of the most successful coaches of our time plus experts in vision and how we as humans respond to stimuli which is the basis for all sports skill including volleyball I hope some of you may agree once you hear them.

The first video I want to highlight is a video from a private lesson for a youth player. The video was never meant as an instructional video but it became extremely popular with almost 100,000 views, 300 likes and 9 dislikes!

Coaching the Volleyball Skill of Spiking to Youth Players

Important points include how the Volleyball Spiking Armswing can be different based upon how high you jump as well as the importance of getting your arm back and ready so that it can move forward to spike! This is by far one of my favorite videos as it shows me in my element working with kids helping them with the sport that I love!

The next video I want to highlight is a video that shows from a young age my intense desire to learn from the best and seek out the best information on volleyball no matter how, not matter where. I remember first reading about the ideas as a kid in volleyball magazine in South Africa. For those of you that don’t know this was in 1992, 1993 when I would push trolley all week to save the 25 bucks (I was the only one in South Africa reading it so that had to ship 1 copy to me!) to buy it.

The video highlights Karch groundbreaking work on mobility and flexibility and how this can have a massive impact on injury prevention and shoulder spiking speed. This video features 3 of my favorite shoulder exercises plus a few I developed over the years while playing at UCLA and working with this Japanese coach on high contact when hitting! Video has almost 60,000 views, 127 Likes and 1 dislike!

The Next video is by far my most popular video on Volleyball Spiking Technique online. The video is on two YouTube Channels and has over 1 million views, 3000 likes and 100 dislikes. I am really proud of this video and the ideas I developed while coaching my own club of 10 teams while still attending UCLA University.

In looking and reviewing this video today I still feel this is the best way to teach Volleyball spiking technique. I think I could have added more in this video on using your trunk for power however I stand firm on the ideas in this video.

I think the technique in this video follows the Armswing of the Japanese players who I feel are the best to follow and copy. The reason is because of their physical limitations they often need to be more technically sound when hitting. Also when looking at the most successful player in Women’s Volleyball most follow this technique. My favorite examples: Logan Tom and Kim Yeon Koung.

This video later became controversial and as a result I made some videos to counter some of the new techniques I saw being taught.

Here is another video I filmed on the subject but this time bringing in a Shoulder Injury expert.

This videos goes over why the tennis and baseball Armswing may not be the best Armswing for volleyball.

Next Video is a spiking evaluation and the importance of using trunk rotation to generate power.

Although this video is not popular yet I think it is a great video that shows why many players have shoulder problems and just how easy it is to fix it by opening up your hips on your approach to allow trunk rotation for power. Also this video I feel teaches youth so much about correct volleyball spiking technique and form.

Exercises to Spike a Volleyball Hard

The exercises in this video just work and I think many people now do them and can attest to their success!

Finally I wanted to add some of my personal favorites…