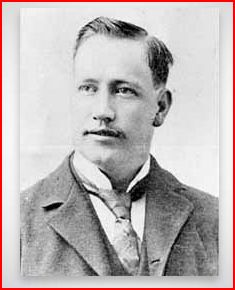 Volleyball History began with Mr. William .G. Morgan of Holyoke, Mass. He was the YMCA physical education director and he was looking to create a sport that was less physical and rough than basketball that combined elements of tennis, baseball and basketball. In the winter of 1895-96 he developed the game originally called Mintonette and later changed to Volley Ball.

The Original Founding of Volleyball History

Below is a report archived in Volleyball History given by Mr. Morgan at a conference on the Rules of Mintonette:

“Mintonette or Volley Ball is a new sport to be played primarily in a gymnasium or the exercise hall, however which can also be played outdoors. The game or sport consists of “Volleying” or keeping the ball in motion over a net with any number of players. The games character is similar to two games, tennis and handball.

With adjustments and rule changes Mintonette made its official day view in Spring Field College in 1896.

Today name, volleyball was adopted in 1896 when Alfred Halstead a spectator noticed the volleying nature at the exhibition match at the local YMCA. The name was originally two words and in 1952 the name was changed to one word!

In December 27, 1942, Mr. William .G. Morgan died. Fortunately for everyone, Morgan was later inducted as an inaugural member of the Volleyball Hall of Fame in 1985.

Most would agree that Beach Volleyball History and the history of beach volleyball started in Santa Monica in 1920 when the city added jetties to expand the area for amusement. As a result 6-on-6 volleyball became popular in the sand. By 1930 the game was changing when a player by the name of Pablo Johnston suggest they play two-on-two until other arrived. By 1950 regular tournaments had started including the very popular “Beauty Contest” as part of the show. This popularity continued with even John Kennedy being spotted at a tournament in 1965 in Sorrento Beach.

In 1965 the CBVA (California Beach Volleyball Association) was formed to bring a uniform set of rules as well as organize a schedule. This led to sponsorship of events by 1975 and by 1976 the Olympia World Championship of Beach Volleyball were held, at Will Rogers State Beach with a $5,000 first prize an estimated crowd of close to 30,000 spectators. By 1984’s the Pro Beach Volleyball Tour boasted 16 events and total prize money of over $300,000.

In 1996 Beach Volleyball was introduced to the Olympics at Atlanta making volleyball history. Karch Kiraly and Kent Steffes won the gold medal and since then the sport has had massive growth internationally specifically on the FIVB World Beach Tour.

Volleyball history as well as beach volleyball cannot be written without including Karch Kiraly, the greatest combined indoor and beach player to play the game.