The 4 Stages Of Learning That Happen When Players Learn Volleyball Skills.

The stringency of the philosophy “the game teaches the game” can at times be overwhelming and discouraging to players. Now don’t get me wrong, I am a big believer in random, game-like reps, where players learn to “read the game” and practice what is the norm, “out of system volleyball plays,” while developing a love of the game because they are playing volleyball.

BUT (and this is a huge but!), I feel players first need too: effectively understand the goal and the different components of each skill and how they can successfully perform the task or skill.

For this initial learning, I believe players need a controlled “blocked” environment that limits “reading” and “randomness” or players will not learn good form from which to build.

Now, I know this idea goes against some of the laws of learning, meaning the greatest transfer and learning happens when players are taught the entire skill, but for me, it is important to understand two things! Firstly, how players learn, and secondly, metacognition.

There are 4 stages of learning that happen when players learn volleyball skills. How coaches teach players should differ significantly in our opinion based upon the stage of learning the player is in. 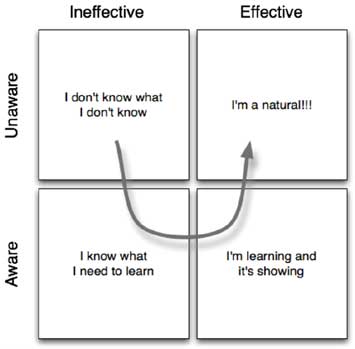 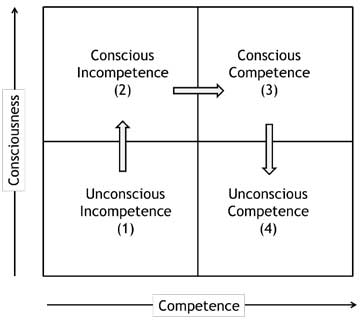 Stage 1 and 2 – Cognitive Stage. (A player is first introduced to a task or skill.) During the first two stages, a player is engaged in understanding what needs to be learned. Drills and demonstrations require blocked practice so players can successfully understand what is required of them.

Stage 3 – Association Stage. (The player is focused on performing and refining the skill.) During stage 3, the focus is on verbal cues and motor program development. This stage is about practicing while receiving a lot of feedback. Players should be focused on associating specific verbal cues with the various motor patterns they are performing.

Like stage one and two, drills and demonstrations require more blocked practice. In my opinion, by limiting randomness, players tend to learn good form quicker. The controlled environment allows for greater feedback and better verbal cues and motor pattern association.

During stage 1 – 3, players and coaches should focus more on “part” learning vs. “whole learning as players learn to perform and understand the skill. Whole vs. part refers to how volleyball skills are taught. Do you teach the whole skill or part of the skill?

Most studies would prove that transfer happens best when all parts of the skill are taught. This makes sense, especially when measuring for the whole skill. However, with newer players or in situations when you would like to correct a specific portion of the skill, I tend to disagree.

Why? Newer and younger players cannot process everything at once. Therefore “whole learning” tends to lead to bad form in parts of the skill. This bad form can be hard to correct later as the player advances because of all the bad reps.

Examples I see as a coach:

Stage 4 – Autonomous Stage. (Players have learned an automatic type of performance of the skill.)

During this stage, players are focused on perfecting the skill. This stage is focused on mindful awareness of movement and patterns.

Players and verbal cues should primarily be focused on what players see. At Volleyball1on1 during stage 4 we tend to focus on “Reading the Game,” Slowing the Ball Down,” Slowing the Game Down,” and “Dealing with Pressure,” in a game-like competitive environment that encourages lots of fast reps like multi-ball wash drills.

Whole learning, 6 on 6, multi-ball random practice should be the norm during stage 4 learning.

Metacognition refers to a higher-order of thinking that enables understanding, analysis, and control of one’s cognitive processes, especially when engaged in learning. Awareness and understanding of one’s own thought processes is one of the most important parts of learning volleyball and volleyball skills.

Why is this important? Because if I can teach you to become more aware of how you learn, you will become better self-learners and over time, you will learn faster. Coaches are not always there, so a player will learn best if they can teach themselves.

It seems that players who first learn volleyball skills in a blocked practice environment tend to better understand what they need to do with their bodies relative to the task or skill. Players also tend to have better awareness of their own performance during the skill, which allows for greater self-correction.

Coaches who focus more heavily on random practice during stages 1-3 tend not to have the same level of self-learning happening, particularly self-learning with correct form.

I find players have the greatest learning and metacognition of what they need to do and how to do it relative to how the ideal motor pattern is in a blocked non-game environment where the skill is often taught and understood as a part of the entire skill.

Once this learning and self-awareness has occurred, then I am a big believer in random,  game-like reps, where players learn to read the game and practice what is the norm in out-of-system volleyball.

Mini games are one of the best ways to work on the whole skill in a competitive, game-like environment with a higher number of contacts per player than in regular games.

Additionally, the most important step in teaching any volleyball skill is helping players create self-awareness of what they are doing wrong. I find the Socratic method of asking questions and guided discovery is best for helping the players reach this outcome.

If you are looking for help adding Volleyball1on1 Superior Coaching Systems ™ to your program, I welcome you to schedule a call with me, Andor Gyulai the Founder of Volleyball1on1.com. During our call we will review how a Volleyball1on1 High School Summer Camp with our complimentary Volleyball1on1 Coaches Clinic during camp week, can help you overcome many challenges that arise over the course of a season.

We have helped hundreds of programs and coaches achieve their desired result and season. Schedule a call and learn how you can easily change your results with our superior coaching systems ™.